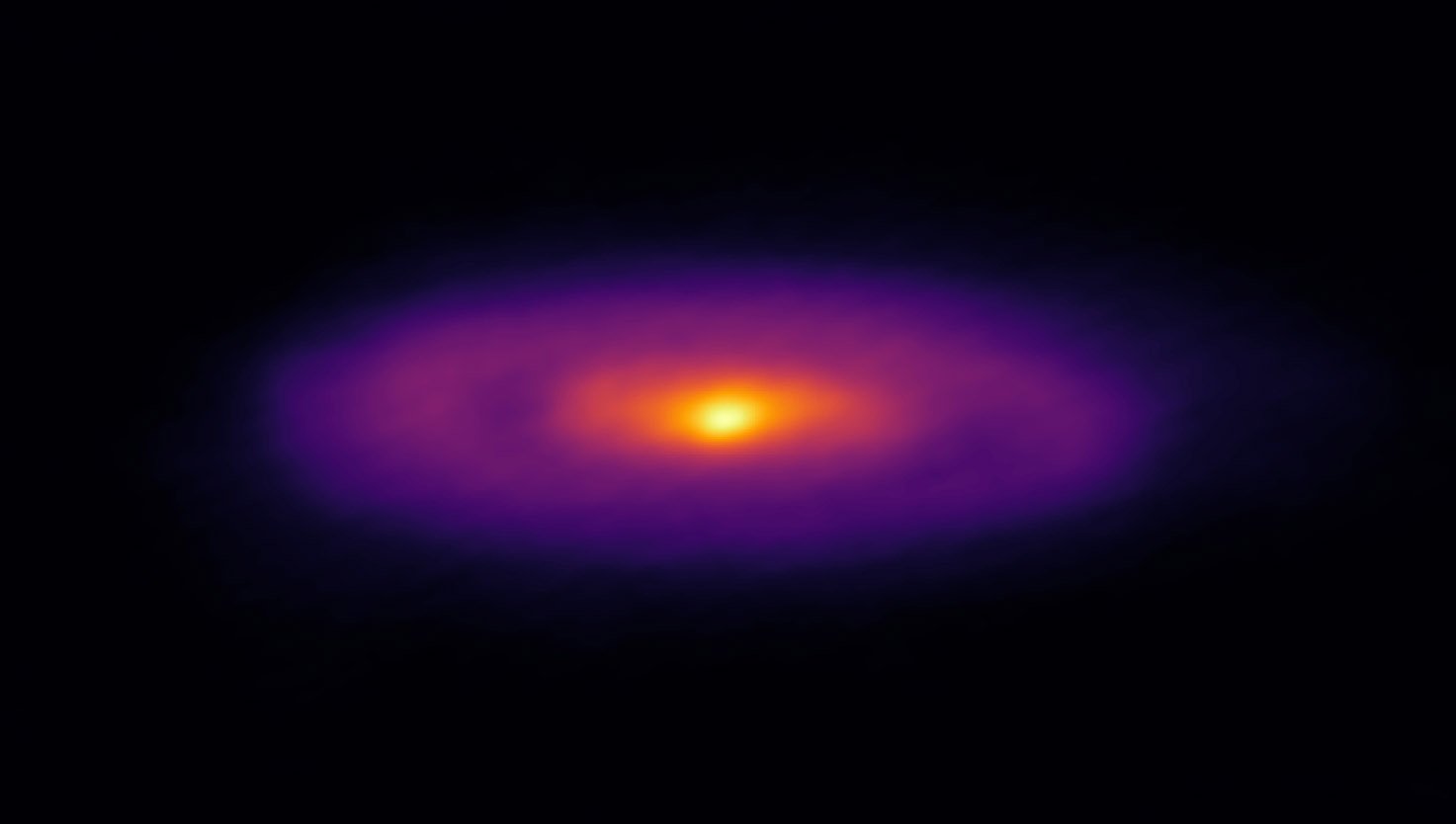 An international research team, led by Chin-Fei Lee at Academia Sinica Institute of Astronomy and Astrophysics (ASIAA, Taiwan), has detected a pair of spiral arms in an accretion disk around a protostar (baby star), using the Atacama Large Millimeter/ submillimeter Array (ALMA). Interestingly, these spiral density enhancements make the disk appear like a “space whirlpool.” The finding not only supports current theories of accretion disk feeding process, but also potentially brings key insights into the processes of grain growth and settling that are important to planet formation.

“Thanks to the powerful ALMA, we finally detected a pair of spirals in a young accretion disk around a baby star. These spirals are long predicted in theory. They play a crucial role in the transport of angular momentum within the disk, allowing disk material to swirl towards the baby star”, says Chin-Fei Lee at ASIAA with excitement. “Our detection of the spirals is an important milestone in understanding the feeding process of baby stars.”

Spirals detected in protoplanetary disks around somewhat older stars seem to be produced by interaction with unseen baby planets. Unlike those, the spirals here are induced by accretion of material from the surrounding molecular cloud onto the disk.

Properties of the Target

The protostar with its disk lies at the center of HH 111, a pair of supersonic jets emerging from a molecular cloud core located 1300 lightyears away in the constellation Orion. The protostar is about half a million years old, just one ten-thousandth the age of our Sun, and has a mass 50% greater than our Sun. A portion of the flow through the disk onto the growing star is diverted to form the spectacular jets. Previous observations with a resolution of 120 AU detected the accretion disk orbiting the protostar out to a radius of 160 au. Now with ALMA’s almost eight-times-better resolution of 16 AU, we spatially resolve the disk, detecting a pair of spiral arms by the glow of thermal emission from dust particles concentrated there.