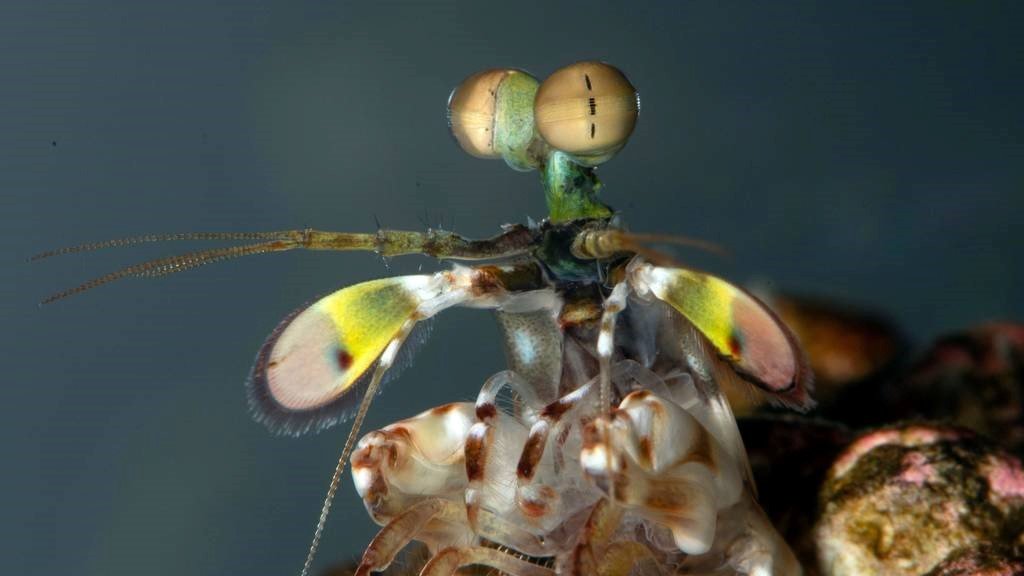 Pioneering discoveries about the ‘extraordinarily strange’ visual systems of shrimps – that could improve early detection of cancer – have been recognised with an international prize.

Optoelectronics focuses on light-emitting or light-detecting devices, and the pair has revealed that the mantis shrimp is the most complex ‘light detector’ in the animal kingdom.

“We’ve received a prize for describing weirdness beyond our wildest dreams,” Professor Marshall said. “With 12 colour channels, mantis shrimps have more detectors for the rainbow of colours than any other animal we know of, and many more than people who only have a meagre three—red, green and blue. This large number of colour channels enables mantis shrimps to identify colours more speedily than us and to see the ultraviolet (UV) part of the spectrum, to which we are totally blind.”

“It has been difficult for human technology to separate the different colours of circular polarised light, while the mantis shrimp has been doing it for millennia,” he said. “Cancer can be detected with polarised light systems because cells around the cancer reflect polarised light differently. We hope that through optical engineering solutions inspired from these remarkable animals, we can improve that vital early detection.”

Professors Marshall and Cronin have also shared their mantis shrimp discoveries with collaborators to improve technologies in satellite cameras and under water navigation.

For the shrimps, the way they perceive colour and light is about survival.

“These ‘superpowers’ are used for communication – basically sex and violence,” Professor Marshall said. “Whether it is arguing over territory or attracting a mate—males communicate using markings on their tail that reflect and alter polarised light, and females can detect it using a unique receptor which manipulates the incoming light rays.”

Despite the distance that separates them, Professors Marshall and Cronin have been working together for more than 30 years.

“Our first research together was featured on the front cover of the journal Nature in 1989, and we decided to keep a good thing going, and have continued to publish our work jointly,” Professor Marshall said.