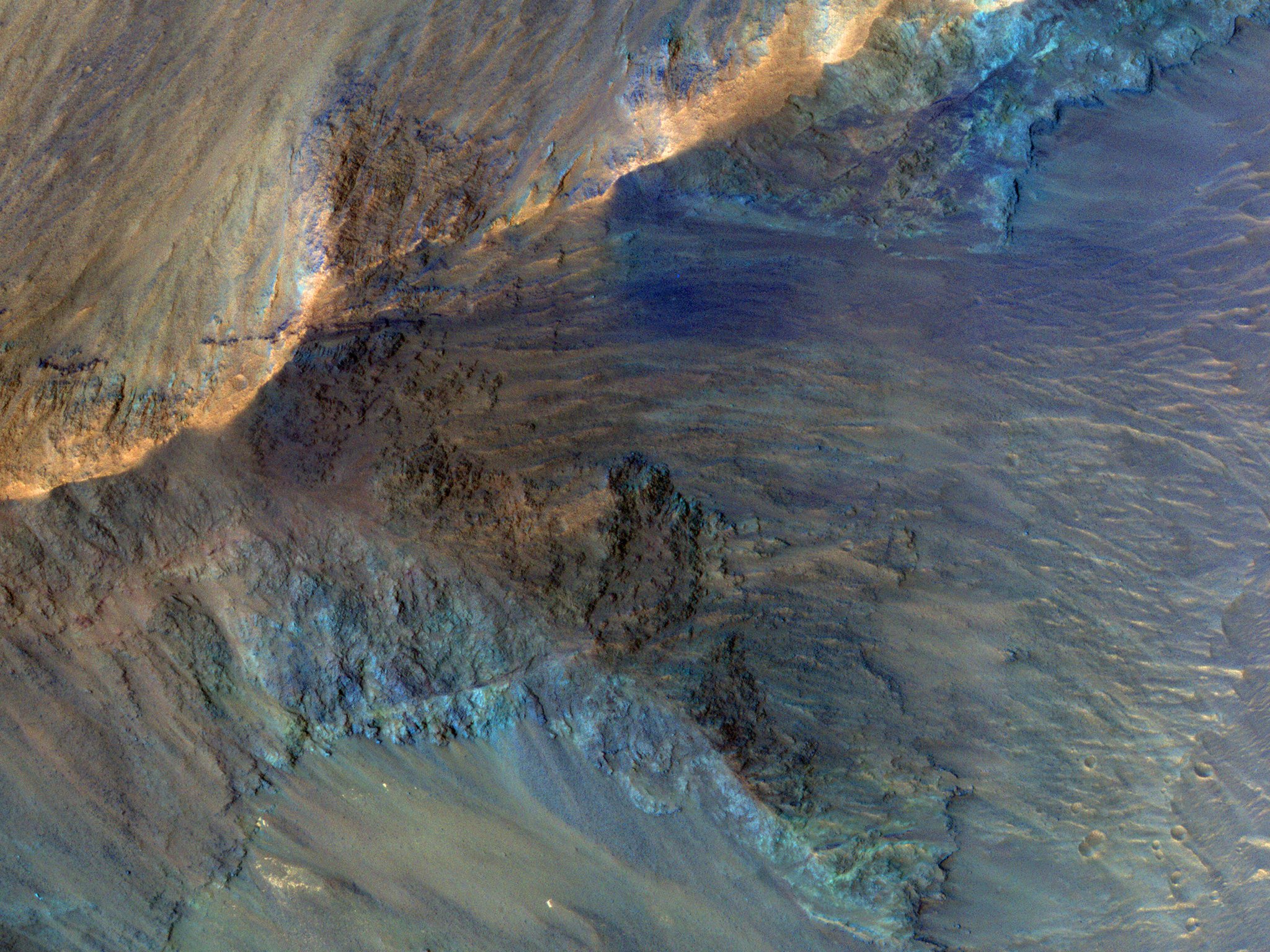 Salt-tolerant bacteria grown in brine were able to revive after the brine was put through a cycle of drying and rewetting. The research has implications for the possibility of life on Mars, as well as for the danger of contaminating Mars and other planetary bodies with terrestrial microbes. The research is presented at ASM Microbe 2019, the annual meeting of the American Society for Microbiology.

“Ours is the first demonstration of microbes surviving and growing after being dried and then re-wetted with humidity only,” said Mark Schneegurt, PhD, Professor of Biological Sciences at Wichita State University, Wichita, KS.

While parched, Mars’ surface has abundant sulfate salts of calcium, iron, and magnesium which could form saturated brines – even at some of the frigid temperatures that prevail on the red planet’s surface – that could be compatible with terrestrial microorganisms, or that could harbor Martian microbes.

Despite the red planet’s apparent aridity, humidity is thought to reach 80% to 100% at night and then plummet during the daytime as temperatures rise.

“The likelihood is high that at times surface salts may be able to attract sufficient water to form brines that can support microbial growth,” said Dr. Schneegurt. “The current research may also help redefine what constitutes a habitable zone, broadening the search for life to other icy worlds.”

In the study, the investigators grew species of Halomonas and Marinococcus obtained from Hot Lake, in Washington, and Great Salt Plains, in Oklahoma, in media containing 50% magnesium sulfate and 50% water. They took small drops of the grown culture and dried them in a container with water-absorbing chemicals under a vacuum, which takes about two hours. The dried drops were locked in a Mason jar with some water or a salt solution, and the jar fills with humidity. Within a day, the salts in the dried culture absorb enough water to make a liquid brine, at which point the bacterial cells revive. While there is modest cell death with each cycle – typically less than 50% – a substantial proportion of cells survive.

In experiments where water was not added directly to the dried cultures, the investigators maintained the cultures in a sealed jar, above a layer of water or a salt solution. The dry, water-attracting magnesium sulfate formed a saturated brine in less than a day by absorbing moisture from the air inside the jar. Surviving cells revived, and began to grow, reaching high culture densities.

“Liquid water on Mars is likely saturated with salts. We work at the limits of life to demonstrate microbial tolerances to high salts and low temperatures.”

“Understanding how microbes can grow on Mars relates directly to the risks of contaminating Mars or other celestial bodies with organisms that can potentially grow on these worlds. This also speaks to the definition of habitable zones and the search for life on Mars and the icy worlds,” said Dr. Schneegurt.