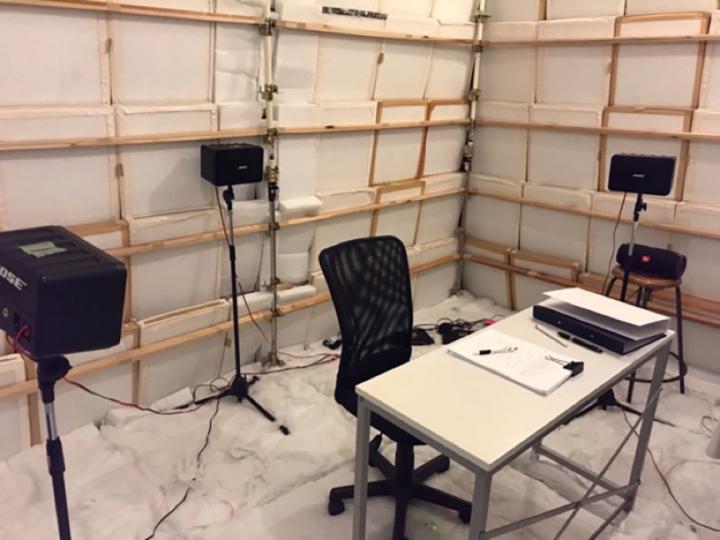 Workplaces are full of sound, most of which is not helpful to workers trying to do their jobs. Scientists are using physics to understand how conversation, music and other ambient noise is experienced by individuals in a variety of work situations.

Takeshi Akita, of Tokyo Denki University, will present a talk on “Effects of sound source and its direction on subjects’ impression of soundscape in workplace.” Soundscape is like a landscape but refers to the type of sound, its loudness and the direction from which it arrives at the listener.

Akita’s talk will take place at the 178th Meeting of the Acoustical Society of America, which will occur Dec. 2-6, at the Hotel del Coronado in San Diego. The talk is part of a session on architectural soundscapes to be held in the Windsor Room at the hotel at 1:50 p.m. PT on Thursday, Dec. 5.

Akita’s group carried out an experiment designed to determine how workers feel about sounds they don’t really notice. Twenty individuals were exposed to three kinds of sound: conversation, music and a type of sound associated with machine noise. The sound was presented to the research subjects from four different directions at a sound pressure level of between 50 and 60 A-weighted decibels (dBA).

Sound pressure levels are normally given in units of decibels, but environmental noise, such as traffic, machinery, etc. is usually described in terms of dBA. Noise levels of 85 dBA and above are likely to cause hearing damage.

The researchers found 50 dBA of conversation or music that came from behind the research subjects did not bother them. However, 60 dBA of music presented from either the right or left side bothered the individuals as much as 50 dBA of what the scientists refer to as “signal sound,” or machine noise.

“We suggest that the soundscape in workplaces should be planned with attention to the person’s behavior, the meaning and volume of the sound source, and its spatial layout,” Akita said.