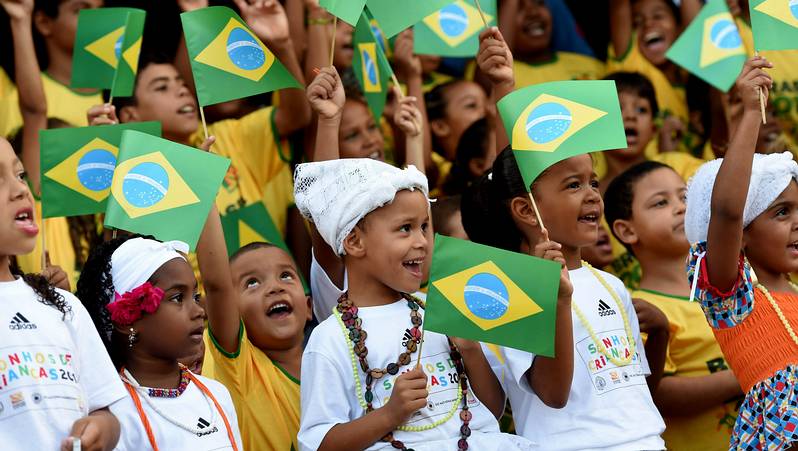 Its authors, from Imperial College London, the Brazilian National Cancer Institute (INCA), and Erasmus Medical Centre in the Netherlands, estimate that strengthening smoke-free legislation between 2000 and 2016 in Brazil averted over 15,000 deaths in children under one year old.

Children are particularly harmed from exposure to smoke. In the womb, it affects foetal development and can increase the risk of pre-term birth or low birth-weight. Infants and children exposed to second-hand smoke have a higher risk of respiratory infections, asthma, and sudden infant death.

The new research is the first to analyse the impact of different types of smoking bans on child health in a middle-income country. Its authors argue that governments elsewhere should act to strengthen smoke-free legislation, to help protect children’s’ lives. Only 20 percent of the world’s population is covered by complete smoking bans.

In 2014, Brazil implemented comprehensive smoke-free legislation across the country, banning smoking in all public areas that were partly or completely enclosed, including bars and restaurants. The study found this was associated with a 5.2 per cent reduction in infant mortality and a 3.4 per cent reduction in neonatal mortality, after taking into account underlying trends and other factors which could affect child health.

The researchers also found complete bans were more effective than partial ones in reducing infant deaths. Prior to 2014, 17 states in Brazil introduced partial bans – for example allowing smoking rooms and smoking in partially-enclosed restaurants and bars – and nine adopted complete bans, covering all partly or completely enclosed public areas. Partial legislation was associated with a 3.3 per cent reduction in infant mortality, but no significant change in neonatal mortality.

Scientists think that smoking bans reduce infant deaths by reducing the incidence of health problems directly linked to smoke exposure or smoking during pregnancy, such as sudden infant death syndrome and respiratory infections.

The differences in legislation in the different parts of Brazil before 2014 enabled the researchers to analyse how the trends in infant mortality rates varied as different types of smoke-free legislation came into play. Using the exact timings of the legislation allowed them to attribute changes in child health to smoking legislation rather than some other factor, such as a change in healthcare policy.

Dr Andre Szklo from the Brazilian National Cancer Institute, said: “Children have the right to be protected against the harms caused by smoking. We call on governments around the world to introduce comprehensive smoke-free laws to protect child health.”

Dr Thomas Hone, the lead author on the study from the School of Public Health at Imperial College London, said: “You can see from Brazil’s example how much of a difference we can make to children’s health by completely banning smoking in public places. Unfortunately most of the world’s people still aren’t covered by comprehensive smoking bans. It’s appalling that so many babies and children are being harmed by second-hand smoke when a relatively easy measure could help to prevent this.”

Across Brazil, reductions in childhood deaths were greater in areas that were poorer or had lower levels of education, suggesting the smoking ban also contributed to reductions in health inequalities in Brazil.

To reach their conclusions, the researchers looked at data on all live births, infant deaths and neonatal deaths in Brazil between 2000 and 2016.