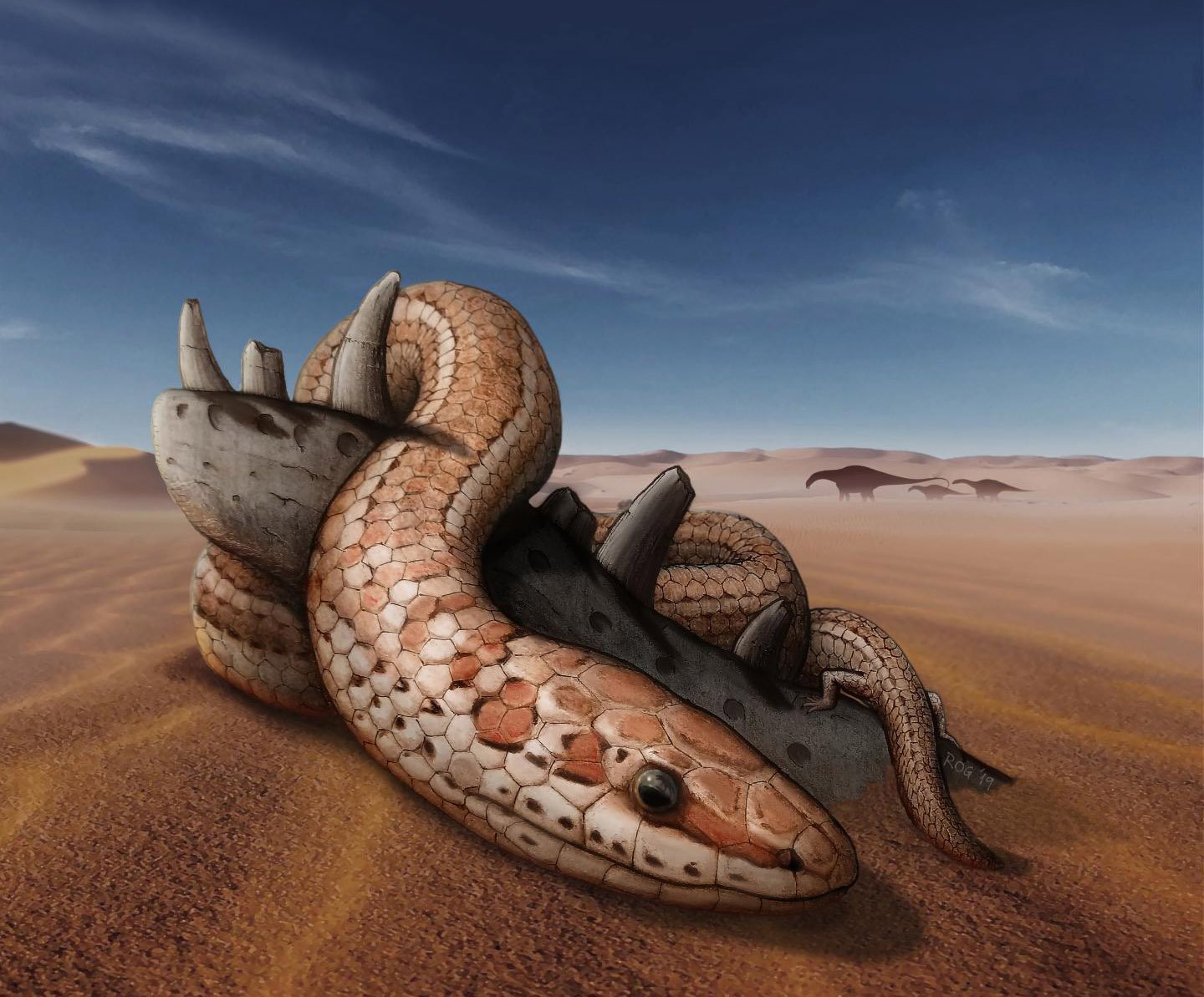 New research from a collaboration between Argentinian and University of Alberta palaeontologists adds a new piece to the puzzle of snake evolution.

The researchers examined a strikingly well-preserved fossil of the rear-limbed snake Najash rionegrina, found in Argentina. The study shows that nearly 100 million years ago, these legged snakes still had a cheekbone – also known as a jugal bone – that has all but disappeared in their modern descendants.

“Our findings support the idea that the ancestors of modern snakes were big-bodied and big-mouthed – instead of small burrowing forms as previously thought,” explained Fernando Garberoglio, from the Fundación Azara at Universidad Maimónides, in Buenos Aires, Argentina and lead author on the study. “The study also reveals that early snakes retained their hindlimbs for an extended period of time before the origin of modern snakes which are for the most part, completely limbless.”

For decades, paleontologists’ understanding of snake evolution was hampered by the limited fossil record. The new fossils presented in this study are crucial for reconstructing the early steps in the evolutionary history of modern snakes.

“This research revolutionizes our understanding of the jugal bone in snake and non-snake lizards,” said Michael Caldwell, professor in the Department of Biological Sciences and Earth and Atmospheric Sciences, and a co-author on the study. “After 160 years of getting it wrong, this paper corrects this very important feature based not on guesswork, but on empirical evidence.”

The nearly 100 million year old fossil snakes described in this study, found in Northern Patagonia, are closely related to an ancient lineage of snakes that populated the southern hemisphere continents of Gondwana, and appear to be related to only a small number of obscure, modern snakes. The researchers used micro-computed tomography (micro-CT) scanning to visualize the skull structures within the specimen, examining the pathways of nerves and blood vessels as well as the skeletal structure that would be otherwise impossible to see without damaging the fossil.

“This research is critical to understanding the evolution of the skulls of modern and ancient snakes,” added Caldwell.