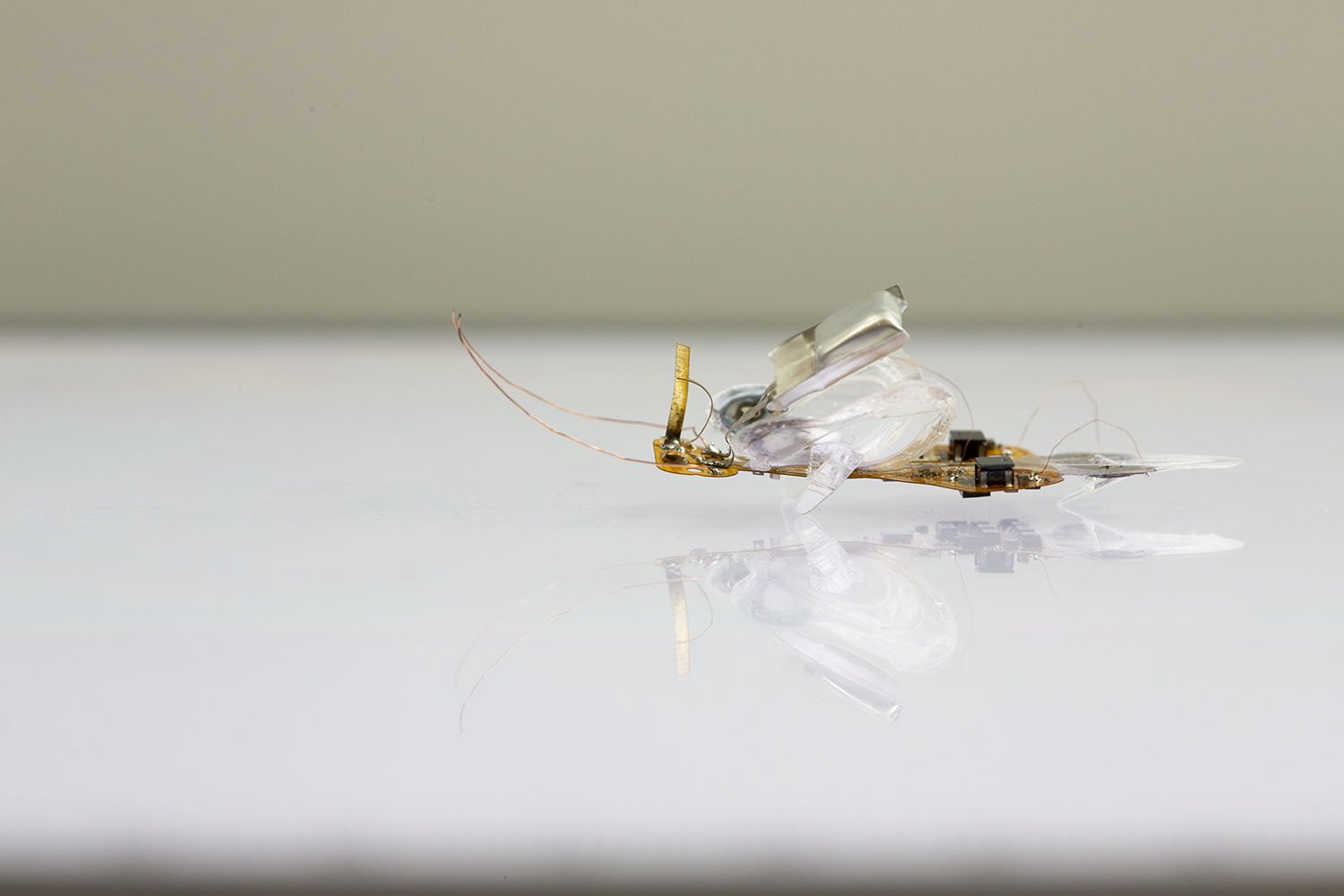 Imagine swarms of robotic insects moving around us as they perform various tasks. It might sound like science fiction, but it’s actually more plausible than you might think.

Researchers at EPFL’s School of Engineering have developed a soft robotic insect, propelled at 3 cm per second by artificial muscles.

The team developed two versions of this soft robot, dubbed DEAnsect. The first, tethered using ultra-thin wires, is exceptionally robust. It can be folded, hit with a fly swatter or squashed by a shoe without impacting its ability to move. The second is an untethered model that is fully wireless and autonomous, weighing less than 1 gram and carrying its battery and all electronic components on its back. This intelligent insect is equipped with a microcontroller for a brain and photodiodes as eyes, allowing it to recognize black and white patterns, enabling DEAnsect to follow any line drawn on the ground.

DEAnsect was developed by a team at EPFL’s Soft Transducers Laboratory (LMTS), working with the Integrated Actuators Laboratory (LAI) and colleagues from the University of Cergy-Pontoise, France. The research was published in Science Robotics.

DEAnsect is equipped with dielectric elastomer actuators (DEAs), a type of hair-thin artificial muscle that propels it forward through vibrations. These DEAs are the main reason why the insect is so light and quick. They also enable it to move over different types of terrain, including undulating surfaces.

The artificial muscles consist of an elastomer membrane sandwiched between two soft electrodes. The electrodes are attracted to one another when a voltage is applied, compressing the membrane, which returns to its initial shape when the voltage is turned off. The insect has such muscles fitted to each of its three legs. Movement is generated by switching the voltage on and off very quickly – over 400 times per second.

The team used nanofabrication techniques to enable the artificial muscles to work at relatively low voltages, by reducing the thickness of the elastomer membrane and by developing soft, highly conductive electrodes only a few molecules thick. This clever design allowed the researchers to dramatically reduce the size of the power source.

“DEAs generally operate at several kilovolts, which required a large power supply unit,” explains LMTS director Herbert Shea. “Our design enabled the robot, which itself weighs just 0.2 gram, to carry everything it needs on its back. This technique opens up new possibilities for the broad use of DEAs in robotics, for swarms of intelligent robotic insects, for inspection or remote repairs, or even for gaining a deeper understanding of insect colonies by sending a robot to live amongst them.”

“We’re currently working on an untethered and entirely soft version with Stanford University,” says Shea. “In the longer term, we plan to fit new sensors and emitters to the insects so they can communicate directly with one another.”