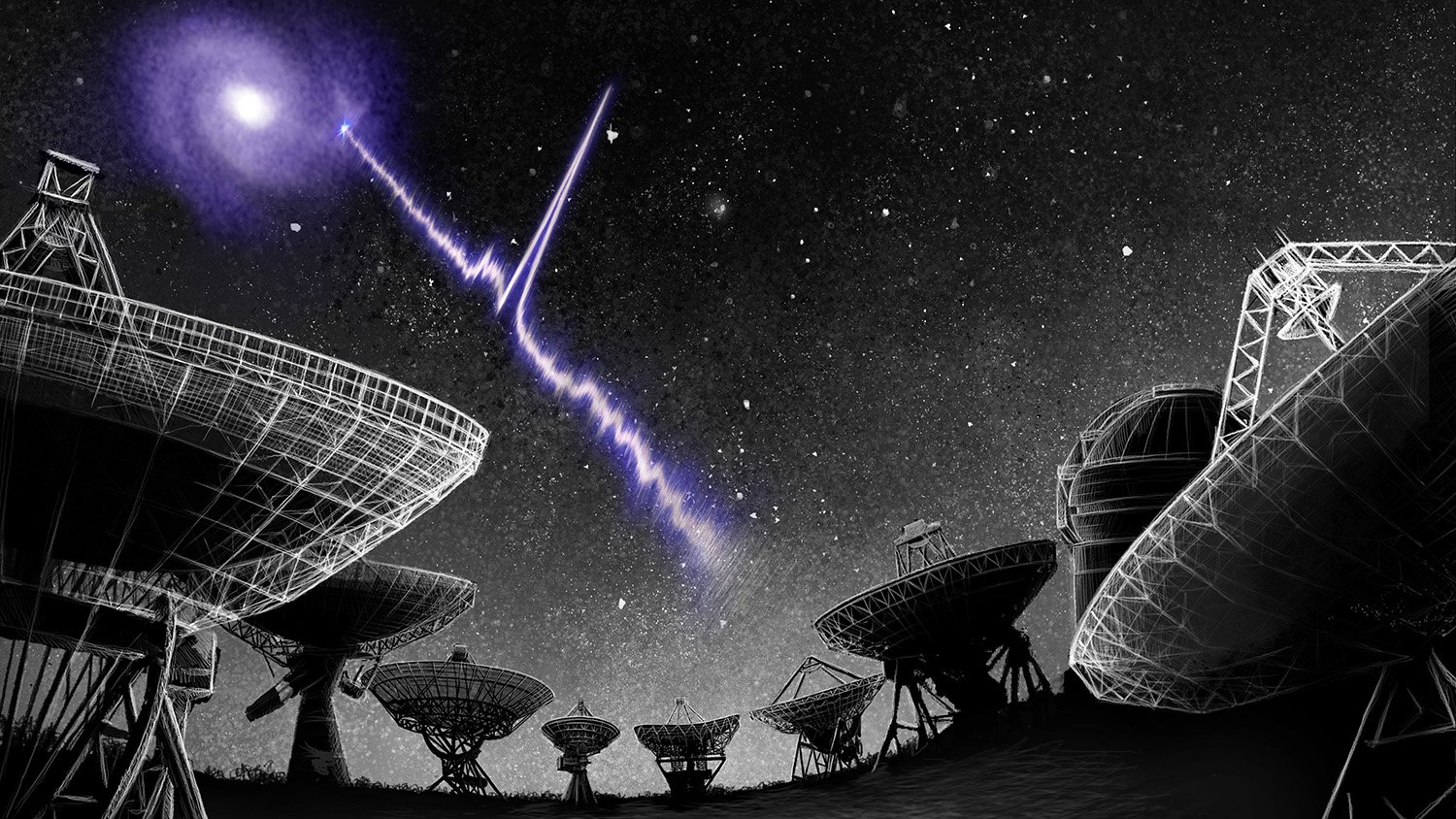 At this point in time, one of the greatest mysteries in astronomy is where short, dramatic bursts of radio light seen across the universe, known as Fast Radio Bursts (FRBs), are originating from. Although FRBs last for only a thousandth of a second, there are now hundreds of records of these enigmatic sources. However, from these records, the precise location is known for just four FRBs – they are said to be ‘localised’.

In 2016, one of these four sources was observed to repeat, with bursts originating from the same region in the sky, in a non-predictable way. This resulted in researchers drawing distinctions between FRBs where only a single burst of light was observed (‘non-repeating’) and those where multiple bursts of light were observed (‘repeating’).

“The multiple flashes that we witnessed in the first repeating FRB arose from very particular and extreme conditions inside a very tiny (dwarf) galaxy,” says Benito Marcote, from the Joint Institute for VLBI ERIC and lead author of the current study. “This discovery represented the first piece of the puzzle but it also raised more questions than it solved, such as whether there was a fundamental difference between repeating and non-repeating FRBs. Now, we have localised a second repeating FRB, which challenges our previous ideas on what the source of these bursts could be.”

On 19th June 2019, eight telescopes from the European VLBI Network (EVN) simultaneously observed a radio source known as FRB 180916.J0158+65. This source was originally discovered in 2018 by the CHIME telescope in Canada, which enabled the team, led by Marcote, to conduct a very high resolution observation with the EVN in the direction of FRB 180916.J0158+65. During five hours of observations the researchers detected four bursts, each lasting for less than two thousandths of a second. The resolution reached through the combination of the telescopes across the globe, using a technique known as Very Long Baseline Interferometry (VLBI), meant that the bursts could be precisely localised to a region of approximately only seven light years across. This localisation is comparable to an individual on Earth being able to distinguish a person on the Moon.

With this location the team were able to conduct observations with one of the world’s largest optical telescopes, the 8-m Gemini North on Mauna Kea in Hawaii. Examining the environment around the source revealed that the bursts originated from a spiral galaxy (named SDSS J015800.28+654253.0), located half a billion light years from Earth – specifically, from a region of that galaxy where star formation is prominent.

“The found location is radically different from the previously located repeating FRB, but also different from all previously studied FRBs,” explains Kenzie Nimmo, PhD student at the University of Amsterdam. “The differences between repeating and non-repeating fast radio bursts are thus less clear and we think that these events may not be linked to a particular type of galaxy or environment. It may be that FRBs are produced in a large zoo of locations across the Universe and just require some specific conditions to be visible.”

While the current study casts doubt on previous assumptions, this FRB is the closest to Earth ever localised, allowing astronomers to study these events in unparalleled detail.

“We hope that continued studies will unveil the conditions that result in the production of these mysterious flashes. Our aim is to precisely localize more FRBs and, ultimately, understand their origin,” concludes Jason Hessels, corresponding author on the study, from the Netherlands Institute for Radio Astronomy (ASTRON) and the University of Amsterdam.