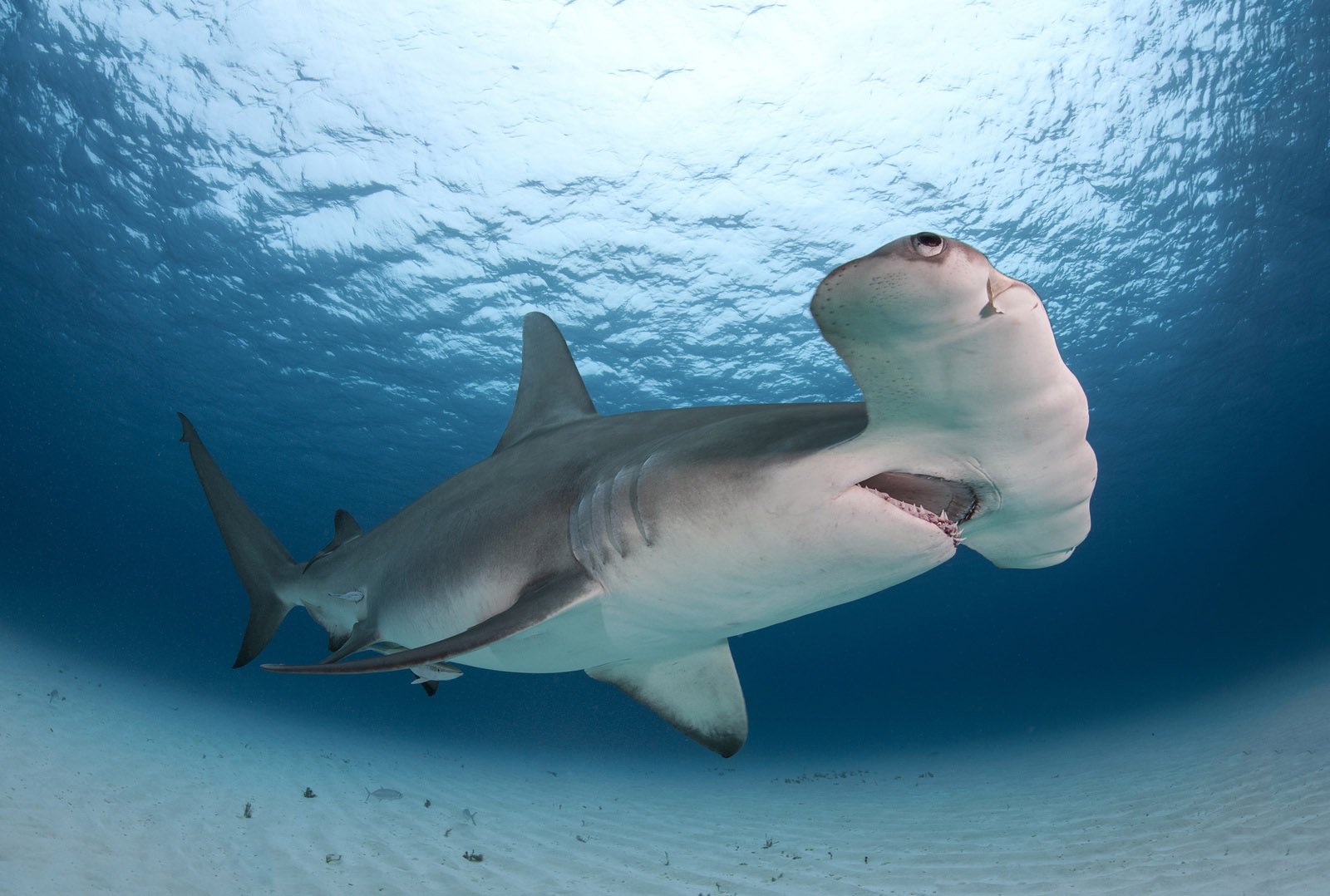 With populations of the shark having declined by more than 90 per cent over the last 50 years on the east coast, lead researcher Dr Vincent Raoult said he hoped the research would result in added protection for the species.

“Until now the role of these sharks in the food webs of coastal ecosystems has been poorly understood,” said Dr Raoult. “What our research has found is that the great hammerhead shark is in fact the ‘shark predator’, it confirms that they are at the top of the food chain and highlights that their role in our coastal ecosystem is absolutely crucial. Apex predators keep the balance of our ecosystem in check, they keep it healthy, so this discovery about the great hammerhead really emphasises its importance.”

By studying stable isotopes of samples of muscle, liver and vertebrae – the black box for sharks – from large great hammerhead sharks caught as a bycatch off eastern Australia, researchers were able to determine that S. mokarran greater than three metres feed primarily on whaler sharks and stingrays – shifting the larger sharks into apex predator roles across multiple food webs off eastern Australia.

The great hammerhead shark is the largest member of the Sphyrnidae and can reach lengths greater than 4.5 metres. They are highly ecologically specialised as a species, meaning they rely on their unique head (cephalofoil) and very large dorsal fin to feed on very specific prey, which puts them at higher risk of extinction.

The species are listed as Vulnerable in NSW and the decline in the population reflects demand for their fins, commercial fishing activities and that they are often bycaught in bather-protection programs involving gillnets and drumlines off eastern Australia.

“We know that the great hammerhead is vulnerable to commercial and recreational fishing, and that they die very easily when released after capture,” said Dr Raoult. “Now that our study has shown just how important their role is in linking coastal food webs, it is absolutely crucial that we see urgent conservation of the species. As apex predators their extinction would have a vast ecological impact on the coastal ecosystem and protection is essential to support stability across economically important coastal ecosystems.”

The research was carried out in conjunction with Macquarie University and funded by a Sea World Research and Rescue Foundation Grant and the NSW Department of Primary Industry. The paper was published in the Journal of Fish Biology.